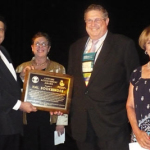 Lifetime Achievement Award: Hal Bookbinder
This award is given in deep appreciation for your many contributions to the world of Jewish genealogy. For over 20 years you have demonstrated your dedication to helping all Jewish family researchers through your leadership at annual conferences, as a Director and President of the International Association of Jewish Genealogical Societies, as creator and editor of the Jewish Genealogy Yearbook, and as author of numerous articles and presentations on a wide range of genealogy topics. 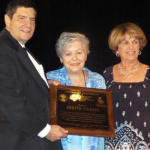 Outstanding Contribution to Jewish Genealogy via the Internet, Print or Electronic Product: Judith Frazin
This award is given in recognition of Judith Frazin’s valuable guide through the seemingly by zantine maze of Polish documentary sources. A Translation Guide to 19th Century Polish-Language Civil-Registration Documents is far more than its title would suggest, offering the researcher well-indexed geographic and functional assistance to understanding virtually all aspects of Polish records. 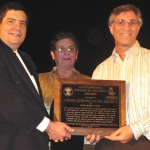 Outstanding Project Award: Jewish Genealogical Society of Philadelphia
This award is given in recognition of the outstanding depth and breadth of the Philadelphia Area Jewish Genealogy Resource Guide. The Guide reflects a community effort to provide information, in a historical context, on all subjects of interest to Jewish genealogists, from synagogues and cemeteries to historical societies and public and private research sites. Its broad geographic scope, not only for the greater Philadelphia area but also for southern New Jersey and Delaware will benefit many researchers. 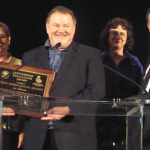