The IAJGS Achievement Awards were announced at the Gala of the 31th IAJGS International Conference on Jewish Genealogy in Washington DC, on Thursday, August 18 by Mark Halpern, Chairman of the 2011 Awards Committee. The Committee also included Jan Meisels Allen, Michael Brenner, Paul Cheifitz and Laurence Harris. 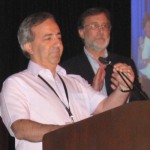 Lifetime Achievement Award: Michael Tobias
This award is given in deep appreciation for your many contributions to the world of Jewish genealogy. As JewishGen Vice President, Programming and co-founder of Jewish Records Indexing - Poland for his role in development and improvement of online database systems. 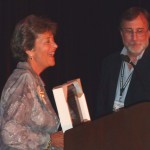 Outstanding Contribution to Jewish Genealogy via the Internet, Print or Electronic Product: Phyllis Kramer
This award is given in recognition of her valuable work as JewishGen Vice President, Education, for her role with the JewishGen Learning Center. 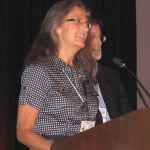 Outstanding Project Award: The Columbus Jewish Historical Society
This award is given for their "Legacy 2010: 170 Years of Jewish Life in Central Ohio" project. Accepting on behalf of CJHS was Legacy 2010 Project Director Toby Brief.