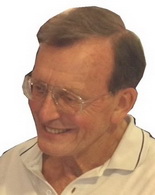 Gerhard Buck, We Salute You!

In 2008, Widen the Circle posted an article that highlighted Gerhard Buck’s character, passion, and important work:

Gerhard Buck’s earliest memory occurred when he was two years old and his parents took him to see the town synagogue burning. He can still recall the leaping flames and the “certain idea of destruction” that Kristallnacht imprinted on his mind. Adding to the trauma is Buck’s life-long doubt as to whether his own mother, when the Nazis came to her door asking for help, provided matches used to set fire to the building.

“People often say we didn't know what happened in those twelve years [under Hitler], but everybody knew,” Buck says from his home in Idstein, a small Hesse town where he’s been healing history’s wounds his own way: by dedicating the last quarter century to writing articles and books that resuscitate the local Jewish past.

Apart from helping to restore the nearby Steinfischbacher Jewish cemetery, Buck has also worked tirelessly over the last eight years to build up a Jewish genealogical database that now encompasses 70 of the more than 200 towns and cities in the Hesse/Nassau regions.

The “personal, emotional past makes it more inspiring to write about Jewish history,” says Buck, 71. “I am still under the influence of this terrible time in which many people did cruel things. One starts thinking about mankind-what mankind does to other people, what is the character of man-that's what I think about all the time. I was always caught in this subject of Jews in our town and driving them away.”

The son of an electrician who survived World War II assisting German army medics behind the front lines, Buck found his passion for history and languages early on (he learned Hebrew at Gymnasium in order to read the Old Testament). After studying history and English at universities in Münster, Tübingen, and Leicester, England, Buck earned further diplomas in social studies and law from Frankfurt University. He established himself in Wiesbaden as a teacher until 1972 when, married with two children, he moved to Idstein where “my work as a writing historian started.”

“I came to a village that was celebrating its twelve-hundredth birthday and my academic director asked me to help with the research,” he recalls. “Right from the beginning I had the impression that the noble families-the dukes, the counts, the princes-stood in the center of all the books and articles that had been published to date. So I turned to the common man. I wanted to write about the farmers and the craftsmen, the minority, the people who did not appear in the history books-and that is how I arrived at the Jews.”

In 1988, on the 50th anniversary of Kristallnacht, Buck published a revisionist—at the time controversial—account of local Jewish history entitled Die jüdischen Idsteiner, (Jewish Idstein) 1648-1806, which helped him get elected to the prestigious Historische Kommission für Nassau (Nassau Historical Commission) despite not having a doctoral degree. Among the novel claims Buck made, and which he defends passionately to this day, was the assertion that the Church rather than the Jews did most of the moneylending in the 17th and 18th centuries. “I touched the subject in an unconventional way,” he says. And it’s for that hard-nosed accuracy as a historian that others have been praising him since.

“Gerhard's work has a healing quality,” says Abraham Frank, a descendent of Hesse Jews and coauthor of Buck’s 2003 book, The Eschenheimer and Nachmann Families. Frank, who saw his own family story “rehabilitated” by Buck, adds: “He documents his texts with great rigor, but his work is characterized by a humanistic interest in the life of ordinary Jews. It preserves the past of the Jews of this region, it supports the efforts of Holocaust victims and their children to locate their relatives, [and] it preserves proof through pictures, texts and inscriptions of a lost way of life.”

Indeed, digging up long-lost details about rural Jewish life—from 18th century family wills and property lists to what kind of furniture a man owned and how much wine was drunk at his wedding—is no easy task. For one reason, Buck says, so many of the historical records no longer exist; for another, the shift by Jews in the early 19th century from the patronymic to the family name often means three or four pairs of names can refer to a single person, complicating matters enormously.

Despite the obstacles, Buck—who suffered a stress-related vocal cord sickness 12 years ago that forced him to stop teaching—says he manages to scan through archive documents at a rate of two pages every three seconds, and continues compiling biographies on 200 new people each week. It’s not just the search for a precise genealogy that drives him. “I get more than only names; I get life,” he says.

“I want to bring this long historical line back into the minds of the people-to get back, with the help of archives, to other centuries and to reconstruct families. In normal history books, there are no Jews on the page. By researching their names, by getting information about their lives, I get them back. I get an idea of how the Jews lived.”

Motivating Buck above all else is his desire “to tell the Germans what really happened-I will stick to Jewish history all through my life.”

For decades, Gerhard Buck of Idstein was a source of knowledge and insight into the Jewish communities of Hesse-Nassau—as well as Germany in general—and worked with countless genealogists within our JewishGen community. He was a frequent participant in IAJGS conferences and his many articles in Avotaynu contributed greatly to understanding of Jewish life in small towns. A particular favorite of mine was the reconsideration of the definition of a Schutzjude, or “protected Jew”. Some years ago his genealogy research was crucial in a solving a looted art case by suggesting an indirect chain of ownership in a family for a seder plate that could be traced back to the mid-18th century. The case was written up extensively. Gerhard was a recipient of an Obermayer German Jewish History Award in 2008.

For all your efforts, Gerhard, the IAJGS Salutes you!