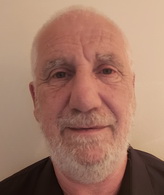 Stan Kaye, We Salute You!

Stan Kaye, a genealogist, historian, and World War I researcher, is one of the founders of the Jewish London Genealogy and Family Research Facebook Group. As well as helping people from all over the world solve their London genealogy brick walls, Stan and his small team of volunteers visit London Jewish cemeteries, and, at the request of members of the Facebook Group, photograph gravestones of ancestors and ‘possible’ ancestors.

This information is of great importance to genealogists as they can find a lot of information from the gravestones. As he now has the confidence of various burial authorities in the UK, Stan has been granted access to many burial records and information, including who arranged the burial.

To request a gravestone photo, details are posted on the dedicated file of the Facebook Group. The spreadsheet of requests is organized according to cemetery, and full details of the grave have to be put on the spreadsheet.

Another of Stan’s activities is locating WWI and WWII graves of Jewish soldiers, checking if they have the appropriate headstones, correcting them where necessary and tracing descendants, some of whom have no idea of their ancestor’s history.

He is most well-known in the UK for his 2017 involvement in the 100th anniversary commemoration of the first daylight air raid on London, where a school in the East End of London took a direct hit and 18 children died.

For all of your efforts, Stan, the IAJGS Salutes you!